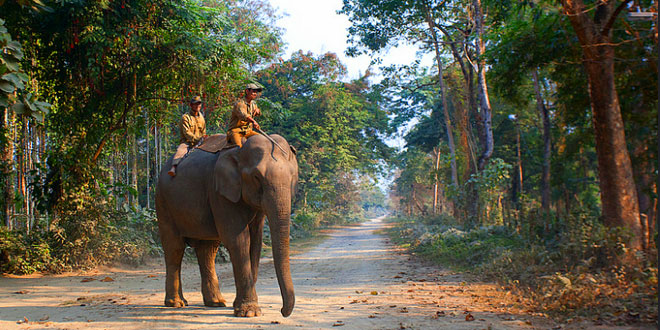 Nameri National Park is a national park in the foothills of the eastern Himalayas in the Sonitpur District of Assam, India, about 35 km from Tezpur. Nameri is about 9 km from Chariduar, the nearest village.

Nameri shares its northern boundary with the Pakhui Wildlife Sanctuary of Arunachal Pradesh. Together they constitute an area of over 1000 km2 of which Nameri has a total area of 200 km2.

The park was declared a reserve forest on 17 October 1978. It was set up as a Nameri Sanctuary on 18 September 1985 with an area of137 km2 as a part of Naduar Forest Reserve. Until then the Nameri National Park was heavily used for logging. Another 75 km2 was added on 15 November 1998 when it was officially established as a National Park.

The Jia Bhoroli river of Assam was famous since the time of British for the golden mahseer angling.

User reviewed online profile of Nameri National Park: Assam, India. Plan your adventure holiday to Nameri National Park armed with information and reviews provided by experts and by users. Find out about when to go, how to get there, what to do, best season to visit, its wildlife, habitat and much more…

What to do in Nameri National Park:

Where is Nameri National Park:

Region: This park is situated in the eastern border of Assam
Location: Sonitpur District, Assam, India

When & how to get to Nameri National Park:

Best Time to Visit: 01-Nov to 31-Mar
Getting There: Regular buses ply to and from Tezpur, which is well connected with all the major cities of Assam.
Nearest Town: Tezpur
Nearest Airport: Saloni
Nearest Railway Station: Rangapara

Accommodation: The Tourism Department has tourist lodges at Tezpur and Bhalukpong (21-km from the park). There is also an Eco-camp at Potasali, which provides comfortable accommodation and food.

Other details about Nameri National Park: 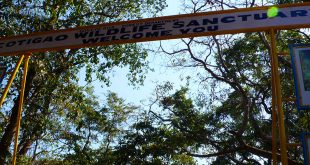